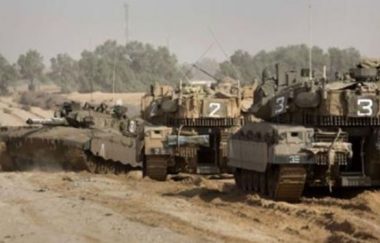 They added that the vehicles advanced approximately 150 meters into the agricultural lands, east of the refugee camp.

On Monday at dawn, the soldiers abducted eleven young Palestinian men, including a journalist, in the southern West Bank governorate of Hebron, and one in Jenin, in northern West Bank.