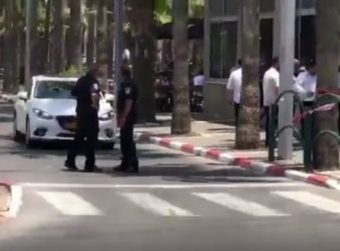 Israeli sources have reported, Monday, that a young Israeli woman was seriously injured in Afula city, allegedly after being stabbed by a Palestinian from northern West Bank.

Israeli daily Haaretz said the woman, 18 years of age, suffered severe wounds in the upper body, and was rushed to HaEmek Hospital,

The wounded woman managed to escape to a nearby café, where she was attacked and told people there that she was stabbed by “an Arab man.”

Haaretz added that the police chased and shot the suspected stabber, after he escaped the scene, and arrested him in possession of a knife.

The police opened an investigation into the incident, including the motives, and said that the detained man is from Jenin city, in northern West Bank.

Israeli Ynet News said the police shot the Palestinian, in his 30s, in his legs, after he “refused orders to stop, and started running.”

It also said that the circumstances of the attack remained unclear, and that the police have refused to confirm whether it was related to the conflict.