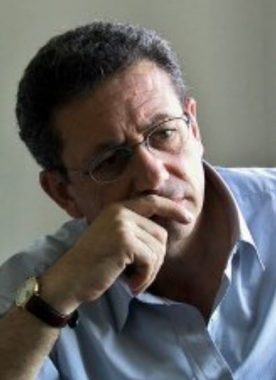 By Dr. Mustafa Barghouti, President- Palestinian Medical Relief Society:  We are deeply shocked at the amount of lies that the Israeli officials and spokesperson of the Israeli army are trying to spread to justify the horrible war crime of killing the innocent young first aid provider, Razan Al-Najjar, who was volunteering with our organization the Palestinian Medical Relief Society.

Razan, only 21-years-old,always tried to help as many injured civilians as she could.

On the 1st of June she was killed by an Israeli sniper who shot her in the chest. The sniper also shot two of Razan’s colleagues in the legs while they were standing with a group of four other PMRS first aid providers away from protesters – preparing for the next round of helping injured civilians. They were shot even though they were wearing white vests and clear markers showing they were medical personnel.

The Israeli army spokesperson declared in the beginning of the peaceful march in Gaza that they knew where each bullet they fired went. The spokesperson stated on Twitter: “Nothing was carried out uncontrolled; everything was accurate and measured, and we know where every bullet landed.”

Since then they have killed 126 Palestinian civilians including two first aid providers, 3 journalists and many children.

The whole international community and especially medical and health organizations were shocked at Razan’s killing.

The first reaction from the Israeli army was that their shooting was unintentional which meant they admitted shooting Razan.

How could their shooting be unintentional when it was shot by a well-trained Israeli sniper and when the bullet hit the chest of Razan? 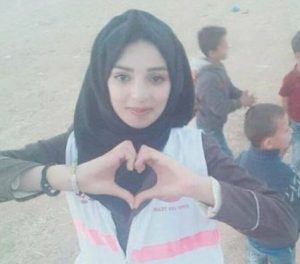 Then came another lie claiming that Razan was used by Hamas which is absolutely ridiculous since Razan and her family were never associated with Hamas at any time, particularly while Razan was volunteering with Palestinian Medical Relief Society – a well-known medical human and secular organization working to help people for almost 40 years, long before Hamas was established.

The third Israeli lie, which was unfortunately repeated in an article in the New York Times, came from the Israeli army spokesperson on a video showing Razan saying she acted as “a human shield.”

These were not Razan’s full words.This quote was cut from the rest of her sentence which she said on a TV interview: “I am a human shield to save those who are injured.”

We know that Hippocrates Oath teaches us that every decent medical person should act as a shield to the sick and injured regardless of their race, religion, or ethnicity.

Razan also said in an interview with New York Time: “We have one goal—to save lives and evacuate people. And to send a message to the world: without weapons we can do anything”

Instead of lying and spreading false propaganda the Israeli army should apologize for killing Razan and all the innocent Palestinian civilians who were peacefully protesting.

Yet it is clear, as the Israeli writer Gideon Levy wrote today in his article for the Israeli newspaper Haaretz, “After killing Razan al-Najjar, Israel assassinates her character.