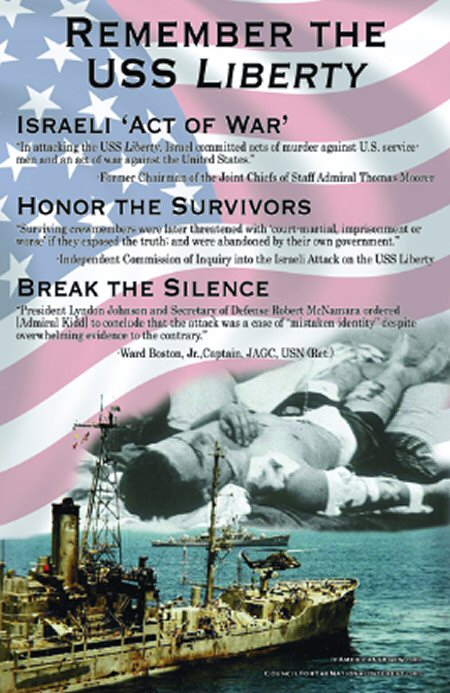 If Americans Knew: While we mourn the latest unarmed demonstrators ruthlessly killed by Israeli forces in Gaza, we also wish to remember others killed by the Israeli military 51 years ago today.

On June 8, 1967, Israeli  jets and torpedo boats tried to sink the USS Liberty, a U.S. Navy technical surveillance ship, with all men aboard. Israel did not succeed in sinking the ship, but did succeed in killing 34 Americans and injuring 175.

According to former Chairman of the Joint Chiefs of Staff Admiral Thomas Moorer, “Those men were then betrayed and left to die by our own government.” The survivors are still awaiting justice.

Surviving crew members and the families of those killed have called for a complete, honest investigation into the attack, but Israel and its partisans have called them “antisemitic” and worked to suppress their voices.

Two excellent documentaries on the attack can be viewed below.

Further resources, including a poster of the featured photo in this article, can be found here.