Soldiers Arrest A Palestinian, Injure Activist And His Family, And Threaten To Kill Him For Documenting Their Violations 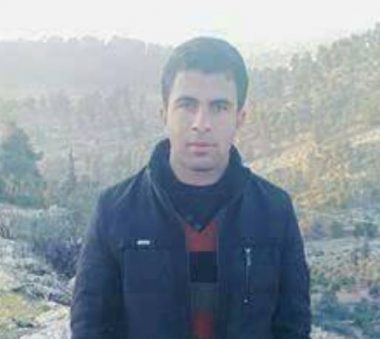 Israeli soldiers abducted, on Saturday at dawn, a Palestinian man in Beit Kahil town, north of the southern West Bank city of Hebron, in addition to invading the home of Human Rights activist, cameraman Aref Jaber, in Hebron city, assaulted and injured him and his family, and threatened to kill him if he continues his activities, documenting violations carried out by both soldiers and illegal colonialist settlers.

Several army jeeps invaded Beit Kahil, before the soldiers stormed and ransacked many homes, and abducted at least one Palestinian.

The Palestinian, identified as Sayyaf al-Asafra, was cuffed and blindfolded, before the soldiers took him to a nearby military center.

The soldiers also invaded the home Aref Jaber, a cameraman and local nonviolent activist against the Annexation Wall and Colonies, before confiscating his mobile phone and his camera, in addition to erasing all videos and pictures he took of the army during previous invasions and violations.

During the invasion into his home, the soldiers assaulted him, his wife and children, and threatened to kill him if he continues to document their invasions, and violations committed by the army and illegal Israeli colonialist settlers.

Aref and his wounded wife and children, were rushed by Palestinian medics to Hebron governmental hospital, suffering cuts and bruises.

It is worth mentioning that Jaber documented countless violations carried out by both Israeli soldiers and colonialist settlers, especially in Jaber neighborhood, the adjacent Ibrahimi mosque and its surrounding areas.

He was one of the Palestinians who documented the killing of Rami Wahid Sabarna, 36, who was shot dead by the soldiers, while working in Jaber neighborhood, last week, on Saturday, June 2nd.

After the fatal shooting of Sabarna, who and other workers were conducting work for the Hebron City Council to rehabilitate and expand a road near the Ibrahimi Mosque, Jaber said slain Palestinian was driving a small and loud bulldozer, and added that the worker passed by some soldiers who then started shouting at him an ordering him to stop.

“He did not pose any threat to them, he passed by them and could not hear their shouts and orders,” Aref said, “Then, they just opened fire at him and his bulldozer, seriously wounded him, before removing him from his vehicle and leaving him to bleed on the ground. When Red Crescent medics arrived, the soldiers prevented them from providing Sabarna with the urgently needed treatment, and he bled to death, before the soldiers placed his corpse in a black plastic bag and took him away.”