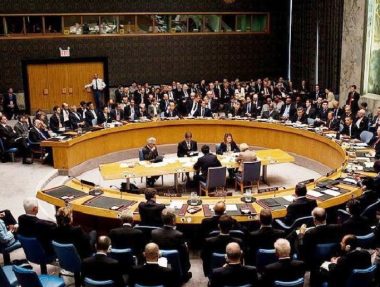 The United Nations General Assembly is scheduled to hold what was described as an “urgent meeting,” next Wednesday, to discuss the Israeli escalation against the Palestinian protesters in the Gaza Strip.

General Assembly President Miroslav Lajcak sent a letter for the 193 member states, informing them of the scheduled meeting, the Maan News Agency has reported.

The assembly will be voting on a draft proposal condemning Israel for its ongoing violations against the nonviolent protesters in the Gaza Strip.

The vote is like the one which was submitted by Kuwait, last week, asking for providing the Palestinians with international protection but was struck down by a Veto from the United States, Palestinian UN ambassador Riyad Mansour said.

Mansour added that the ongoing Israeli escalation, and the repeated excessive use of fatal force against unarmed protesters, requires the International Community to act, and provide the urgently-needed protection to the Palestinian people.

During last week’s vote, the United States was the only country that opposed it, by using its Veto power, while ten countries of the 15-member council, voted for the resolution, and four others abstained.