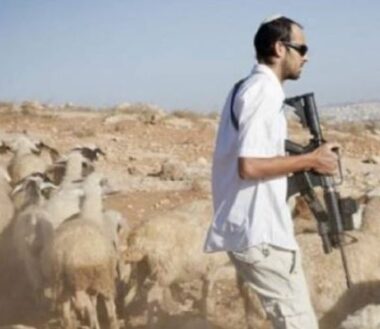 Israeli soldiers and personnel of the “Environment Protection Authority,” confiscated more than 100 sheep from a Palestinian shepherd in a Janba grazing area, east of Yatta town, south of Hebron, in the southern part of the occupied West Bank.

Fuad al-‘Amour, the coordinator of the Protection and Steadfastness Committees in Hebron, aid the soldiers confiscated the sheep allegedly for entering areas not allotted from grazing.

Al-‘Amour added that the sheep are part of a flock owned by a local shepherd, identified as Nabil Jabarin.

The shepherd said the soldiers initially tried to take away four flocks, consisting of 400 sheep, but he and other shepherds managed to prevent them from confiscating about 300 sheep.

It is worth mentioning that the area witnesses escalating Israeli violations, especially attacks carried out by the colonialist settlers, due to Israeli plans for the expansion and construction of its illegal colonies.