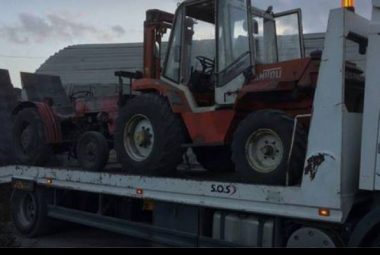 The soldiers were heavily deployed in the area, before stopping and searching dozens of cars, and confiscated at least three vehicles.

Aref Daraghma, an expert in Israeli colonies and violations, said the soldiers interrogated many drivers while inspecting their ID cards, and confiscated vehicles belonging to Burhan Daraghma, Jazy Daraghma and Nadim Sawafta.

In related news, dozens of soldiers invaded the Schools Street, and the area surrounding Al-Quds University Campus in Abu Dis town, southeast of Jerusalem, and fired many gas bombs and concussion at the students, causing many to suffer the effects of teargas inhalation.

The soldiers attacked the students because “they didn’t want them gathered in large numbers in the area.”