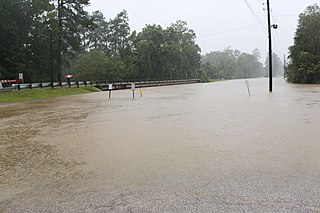 After a Category 4 Hurricane, Hurricane Harvey, devastated the city of Houston with severe flooding, people around the world have offered support. And Palestinians are no exception. On September 2nd, a Palestinian non-profit coalition based in Ramallah launched a campaign to raise aid money for the people of Houston, and hundreds of Palestinians have already signed on to support.

This humanitarian campaign comes in the midst of a severe economic crisis for the Palestinian people, who, despite the shortages and hardships they themselves are facing, have managed to raise a substantial amount to send to the victims of the hurricane in the US.

The fundraising campaign was organized by the American Federation of Ramallah, Palestine (AFRP) as a symbol of compassion and support from the Palestinian and Arab-American communities.

Dr. Hanna Hanania, the head of the Federation, stated that, “the campaign does not differentiate between the members of the American community in Houston, but rather seeks to help everyone based on the values and culture of the Palestinians who were raised on helping others in their homelands and in the diaspora.”

Wafa Baba, a member of the federation and coordinator in Houston, said that, “The Palestinians in Houston appreciate the initiative of the Federation and its efforts to provide support and communication”.