Israeli Soldiers Surround A School That Was Previously Demolished In Bethlehem 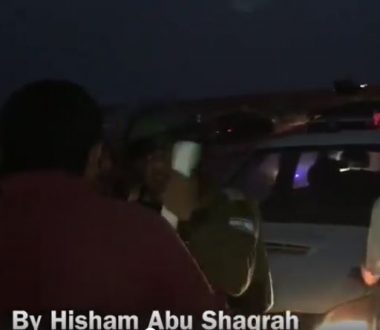 Dozens of Israeli soldiers surrounded, on Saturday evening, a Palestinian school in Job ath-Theeb village, east of Bethlehem in the occupied, to prepare for demolishing it, after it was reconstructed when the army demolished it on August 23rd.

Hasan Brejiyya, the coordinator of the Popular Committee against the Annexation Wall and Colonies in Bethlehem, said dozens of soldiers surrounded the school and attempted to invade it to confiscate its belongings.

Brejiyya added that the soldiers fired gas bombs and concussion grenades, causing many Palestinians to suffer the severe effects of teargas inhalation, and abducted some of them.

The soldiers presented a military order issued by a military court informing the villages that the army intends to demolish the school once again, “for being built without a permit.”

The invading soldiers also withdrew from the village after illegally confiscating a car owned by a local resident.

Brejiyya stated the Palestinians will not allow the occupation forces to prevent their children from learning and receiving the education they deserve, and added that the school will start, Sunday, and will open the school year by playing the national Palestinian anthem.