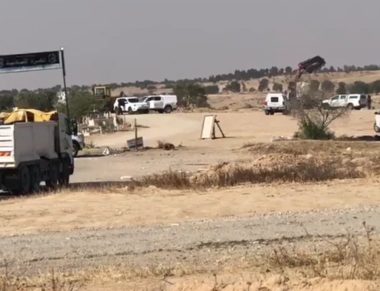 Israeli soldiers and police officers invaded, on Thursday morning, the Palestinian Bedouin village of al-Arakib, in the Negev, and demolished it for the 145th consecutive time.

The families said the soldiers and police surrounded their village before invading it, and demolished the tents and sheds, rendering them homeless in the extreme heat of the Negev Desert.

It is worth mentioning that this demolition brings the number of times the Bedouin community was destroyed by Israel to 145; the last one before today’s demolition was carried out on April 15th 2019.