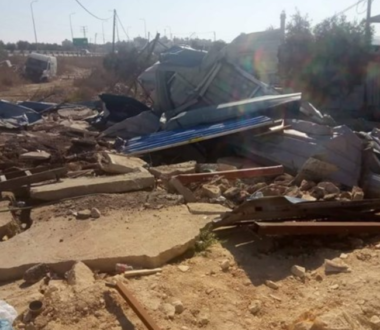 The soldiers, accompanied by military bulldozers, invaded the village and demolished a car wash facility and a carpentry workshop, in addition to destroying a 200 square/meter recently constructed concrete foundation, owned by Nadi Hasan Suleiman.

The army said that it demolished the structures because there “were not licensed” by the Civil Administration office, the administrative branch of Israel’s illegal military occupation in the West Bank, especially since they are in Area C of the West Bank, under full Israeli control.