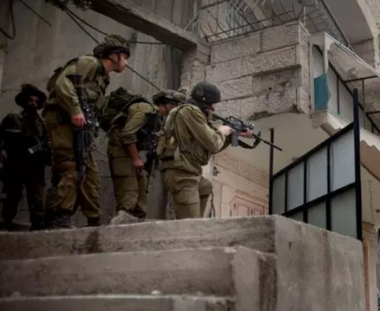 Media sources in Jenin said the soldiers invaded Jenin refugee camp, and shot a young man, identified as Ehab Sharif Abu Bakr, with a gas bomb in his face, causing moderate wounds, before he was rushed to a hospital in Jenin city.

They added that dozens of Palestinians suffered the effects of teargas inhalation and received the needed treatment by local medics.

The soldiers also abducted a former political prisoner, identified as Yahia Turkman, from his home in Wad Burqin town, in addition to Mohammad Awni Obeid, from Anza town, and Mohammad Mahmoud Azzam, from Sielet al-Harithiya, after invading their homes and ransacking them.