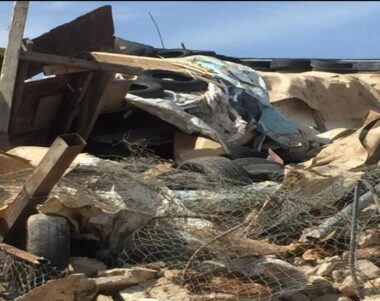 Israeli soldiers demolished, Monday, two agricultural rooms and a birds’ pen in the Taybeh area in Tarqoumia town, west of Hebron, in the southern part of the occupied West Bank.

He added that the structures have been repeatedly demolished by the army over the past few years before the Palestinians rebuilt them each time as they are essential to the farmers and their livelihoods.

Fatafta also stated that the soldiers constantly demolish structures and barns in the area, mainly over the past few years, as Israel is trying to expand the illegal colonies, built on stolen Palestinian lands in the area, especially the colonies of Adora and Telem.

He called on local, regional, and international human rights and legal groups to intervene and stop the Israeli violations against the Palestinians, their homes, lands, and livelihoods.