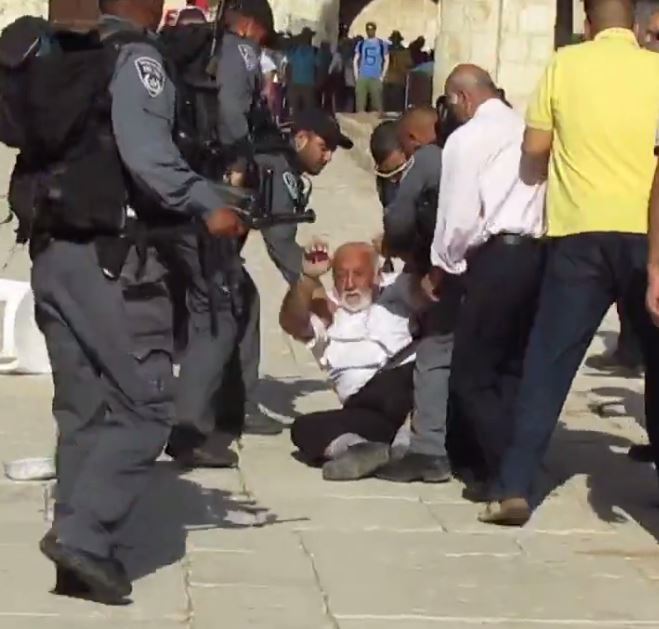 Israeli soldiers and police officers detained, Friday, at least 42 Palestinians from the courtyards of the Al-Aqsa Mosque, and released them later except for seven Palestinians, who remained under interrogation.

The Wadi Hilweh Information Center in Silwan (Silwanic) said dozens of soldiers were deployed at the gates of the Al-Aqsa Mosque, after completely surrounding it.

Lawyer Mohammad Mahmoud said the soldiers, and police officers detained more than 40 Palestinians from the Gates of the Al-Aqsa Mosque, its courtyard, and in the Old City, and took them to the al-Qashla police center for interrogation.

The police said the Palestinians were detained following clashes that took place in the courtyards of the mosque, after noon prayers, and that they were interrogated “on suspicion of throwing stones at the soldiers and officers.”

Silwanic has reported that dozens of officers and soldiers, who were deployed at the gates of the Al-Aqsa Mosque, detained and questioned dozens of young Palestinians while leaving the mosque; most of them were released while many were moved to al-Qashla station.

The police later released all detained young men except for seven who remained under interrogation under suspicion of participating in clashes that took place following noon prayers.