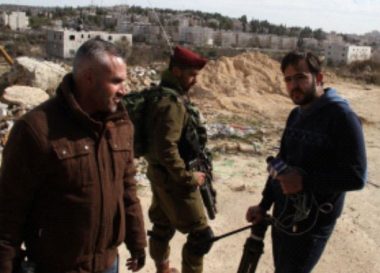 Israeli soldiers detained, on Tuesday morning, two Palestinian photojournalists, working for the WAFA Palestinian news agency, and the Palestinian Broadcasting Corporation, in Hebron’s Old City of Hebron, in the southern part of the occupied West Bank.

The two were released later, after the soldiers searched them and their equipment, causing damage to one of their cameras.