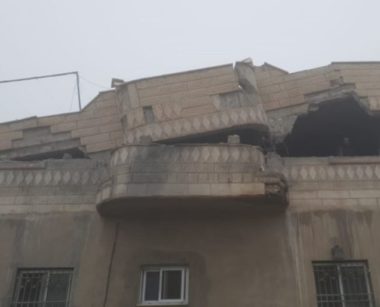 Dozens of Israeli soldiers invaded, on Friday morning, the city of Yatta, south of the southern West Bank city of Hebron, and detonated the interior walls of the third floor of his family home.

Media sources in Hebron said the soldiers invaded Yatta after midnight, and surrounded Roq’a area, before storming the family home of a wounded and imprisoned Palestinian teen, identified as Khalil Yousef Jabarin, 17.

They added that the soldiers forced the family out of their property, before wiring and detonating the interior walls of the third flood, rendering its useless and unsafe.

It is worth mentioning that Khalil was taken prisoner on September 16th 2018, after he fatally stabbed an armed paramilitary colonialist settler, a reserve army officer, identified as Ari Fold, near Etzion Junction, north of Hebron. The teen was shot and injured by the soldiers, before they detained him.