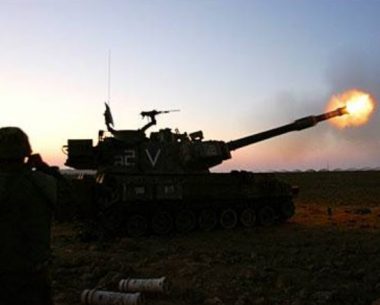 Israeli soldiers fired, late Sunday night, three shells toward a post, run by the al-Qassam Brigades, the armed wing of Hamas, east of the al-Maghazi refugee camp, in central Gaza.

The Al-Qassam Brigades said in a press release that the Israeli shells caused property damage, but did not lead to any casualties.

Meanwhile, the Israeli army initially claimed that a shell was fired from Gaza and landed in an open area in the Eshkol Regional Council, but later altered the statement saying the shell fell in Gaza.

Hamas denied responsibility for the firing any shells, and warned of the consequences of further escalation.

It is worth mentioning that, on Saturday night, Hamas-run security forces raided a home in Rafah, in the southern part of the Gaza Strip, and arrested Nour Issa, who is believed to be a senior ISIS leader, and three of his associates.