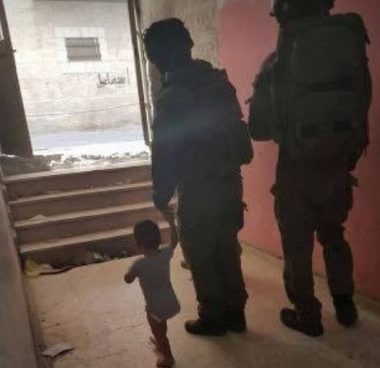 Israeli soldiers invaded, Wednesday, Shu’fat refugee camp, north of occupied East Jerusalem, and broke into a home before forcing a mother and her toddler out of their property, leaving them under the sun for more than ninety minutes.

Media sources in the refugee camp said dozens of soldiers invaded it, before many soldiers broke into a home belonging to Houshiyya family, and forced a mother and her toddler out of their property.

The soldiers kept the mother and her toddler under the sun, without even allowing them access to water, or a change of clothing for the child, while searching their property for ninety minutes. 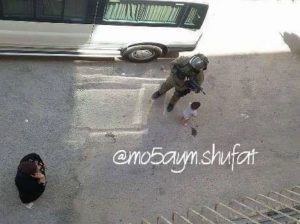 The soldiers did not abduct or detain any Palestinian during the invasion, and gave no reason for invading the Palestinian home, and forcing the mother and her toddler out.

In addition, the soldiers abducted four Palestinians from Qalandia refugee camp, north of Jerusalem, following many hours of invasions and violent searches of dozens of homes, leading to clashes with local youths.

On Wednesday at dawn, the soldiers abducted four Palestinians in the West Bank governorates of Hebron and Tubas, after invading their homes and searching them, and confiscated solar panels, in the West Bank’s northern plains.