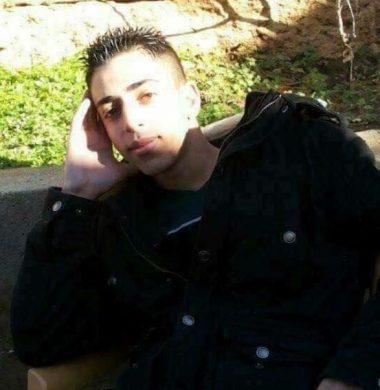 Israeli soldiers invaded, on Monday at dawn, Qabatia town, south of the northern West Bank city of Jenin, and handed a father of a Palestinian detainee, a demolition order targeting his home.

The soldiers invaded the home of Khaled Mustafa Kamil, and violently searched the property, before handing him an order informing him that his property will be demolished in four days.

Israel believes that Khaled’s sons, Yousef, 20, and detainee Mohammad Abu ar-Rob, 19, are responsible for the death of an Israeli settler in Kafr Qassem, on October 4th, 2017, as the two were working in the area when the incident took place.

The army demolished Mohammad’s home, on December 1st, 2017; both Yousef and Mohammad were taken prisoner two days after an Israeli settler, identified as Reuven Schmerling, 70, from Elkana colony, in the occupied West Bank, was killed in Kafr Qassem.

Schmerling was killed in the Industrial Zone in Kafr Qassem, and his body was found with several stab wounds.

Schmerling’s family said, “they have no doubt that he was killed for nationalistic reasons.” The Israeli security and police believe that the two stabbed the main “to avenge the death of Ahmad Abu ar-Rob, 16, who was killed by Israeli soldiers near the al-Jalama military roadblock northeast of Jenin, reportedly after attempting to stab soldiers.