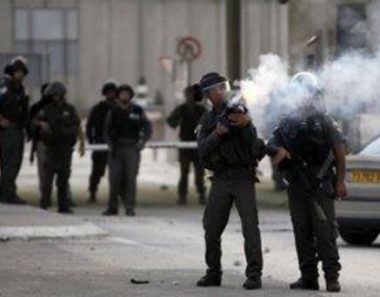 Israeli soldiers shot and wounded, on Friday at night, a Palestinian child in Ni’lin village, west of the central West Bank city of Ramallah, and closed the village’s main road.

Locals in Ni’lin said the child, identified as Jouda Canaan Amira, 14, was shot with live rounds in his legs, and that the soldiers prevented Palestinian medics from approaching him.

An Israeli ambulance later arrived at the scene, and moved the wounded child to an Israeli hospital.

In addition, the soldiers closed the main road leading to Ni’lin, and refused to allow the Palestinians to enter or leave the village.