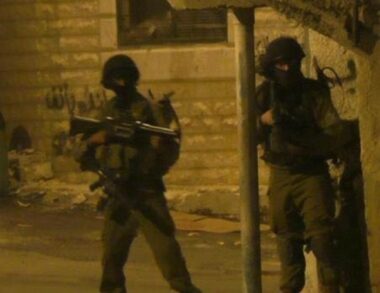 On Wednesday evening, many Israeli army jeeps invaded Burqa village and Sebastia town, northwest of the northern West Bank city of Nablus, and injured dozens of Palestinians during ensuing protests in addition to threatening shop owners.

Ghassan Daghlas, a Palestinian official who monitors Israel’s illegal colonialist activities in the northern West Bank, said the soldiers invaded Burqa village and fired a barrage of gas bombs and concussion grenades at the protesters.

Daghlas added that the soldiers also fired many gas bombs at surrounding homes and buildings. As a result, medical sources said dozens of residents suffered the effects of tear gas inhalation.

In Sebastia town, the soldiers invaded the al-Bayader area in the center of the town and fired gas bombs, causing many Palestinians to suffer the effects of tear gas inhalation.

The soldiers also invaded and ransacked several shops, threatened to attack them, and even shut them down if the ongoing protests continued.

It is worth mentioning that the Israeli army frequently invades Sebastia to accompany buses of illegal colonizers into the archeological site.