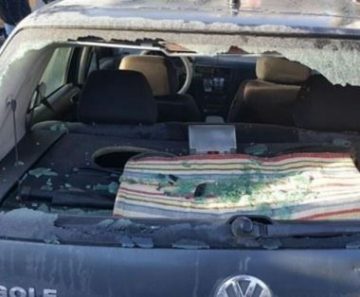 Israeli soldiers invaded, on Wednesday at dawn, Deheishe refugee camp, south of the West Bank city of Bethlehem, and clashed with local youths, wounding five Palestinians, including one who suffered a head injury. The soldiers also searched homes, and abducted a former political prisoner.

The soldiers fired many live round and rubber-coated steel bullets, wounding five Palestinians, including one who was shot in the head, while the four others were shot in their lower limbs. One of the wounded Palestinians is the son of the Governor of Jenin, Lieutenant Ibrahim Ramadan; he was shot after the soldiers fired many live rounds at the family’s car.

Furthermore, the soldiers invaded the home of a former political prisoner, identified as Morad Zaghari, and violently searched the property before abducting him.