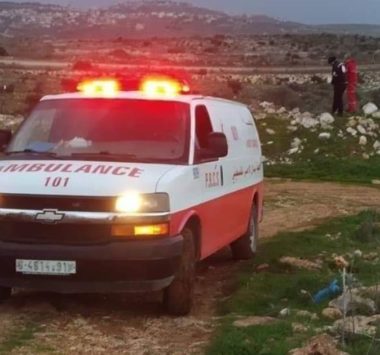 Israeli soldiers shot, Friday, five young Palestinian men and caused many to suffer the effects of teargas inhalation, in the al-‘Arqa village, southwest of Jenin, in northern West Bank.

The PRCS added that many Palestinians suffered the effects of teargas inhalation. The Medics provided all wounded Palestinians with the needed treatment.

The incidents took place after the soldiers invaded the village and resorted to the excessive use of force against the local youngsters, who protested the invasion.

In related news, the soldiers abducted Ahmad Marwan Hdeib, 19, from Hebron in southern West Bank, while he was crossing the military roadblock on the entrance of the blockaded Shuhada Street, in the center of the city.