Soldiers Injure Many Palestinians Near Tulkarem 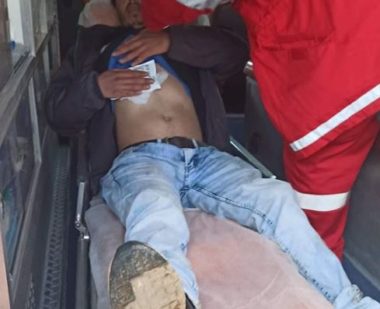 Media sources said the soldiers attacked many Palestinian protesters on their lands, near the wall and fired a barrage of gas bombs, concussion grenades, and rubber-coated steel bullets.

They added that at least two Palestinians were shot with rubber-coated steel bullets, and dozens suffered the effects of teargas inhalation.

The Palestinian, who was shot in the chest, was rushed to a hospital in Tulkarem, while all other wounded residents received the needed treatment by Red Crescent medics.