Soldiers Abduct Four Palestinians, Including A Child, Near Hebron 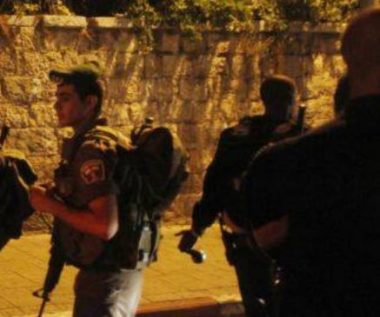 Nonviolent activist Mohammad Awad, said the soldiers invaded the ath-Thaher and Safa areas, in Beit Ummar, before breaking into and violently searching many homes, and interrogated several Palestinians while inspecting their ID cards.

It is worth mentioning that while the soldiers were ransacking the home of Abu Dayya and violently searching it, the soldiers attacked him wife, Alaa’ Ekhlayyel, causing various cuts and bruises.