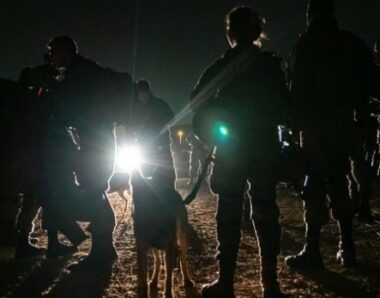 They added that the soldiers invaded the home of Mohammad Ragheb Amarna and used its rooftop as a firing post and a monitoring tower, in addition to storming his shop and confiscating surveillance equipment.

Medical sources said the soldiers caused many Palestinians to suffer the effects of tear gas inhalation, including several residents in their homes.

In addition, the army installed a military roadblock on the road between Thaher Al-Abed and Nazlet Zeid villages near Ya’bad town, west of Jenin, and closed Barta’a military roadblock north of Jenin, stopped and searched dozens of vehicles and interrogated many Palestinians while inspecting their ID cards.

Also Thursday, the soldiers invaded Masafer Yatta, south of Hebron in the southern part of the occupied West Bank, and confiscated 120 saplings from a Palestinian orchard.

On Thursday night, Israeli soldiers attacked many Palestinians in Bab Al-Amoud in occupied Jerusalem and forced them to leave.

Furthermore, the soldiers abducted 28 Palestinians, including children, siblings, and a woman, in several parts of the occupied West Bank.

On Thursday dawn, Israeli soldiers killed two Palestinians, injured three, and abducted four others after the army invaded Jenin and Jenin refugee camp in the northern part of the occupied West Bank.

After killing the two Palestinians, the soldiers fired many live rounds at a hospital in Jenin.