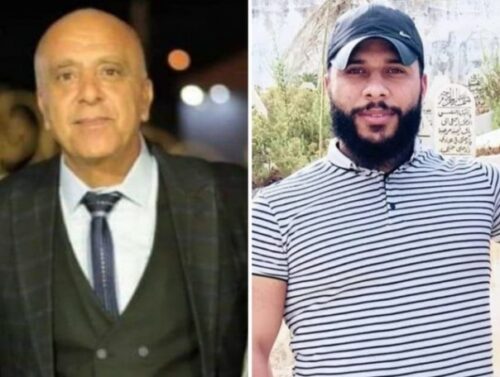 On Thursday dawn, Israeli soldiers killed two Palestinians, injured three, and abducted four others after the army invaded Jenin and Jenin refugee camp in the northern part of the occupied West Bank.

The Palestinian Health Ministry has confirmed that the soldiers killed a physical education teacher and a married father of six children, Jawad Farid Hussein Bawaqna, 58, after shooting him in the head, and former political prisoner, Adham Mohammad Bassem Jabarin, 26, both from Jenin refugee camp.

Ata Abu Romeila, the secretary of the Fateh movement in Jenin, said the soldiers fatally shot Bawaqna while trying to render first aid to Jabarin, who was shot in front of his home in the As-Saha area in the center of Jenin refugee camp before an army sharpshooter shot him in the head.

The man was trying to help Adham, who was shot by an Israeli army sharpshooter and heavily bleeding, before Jawad’s daughter helped drag Adham to safety a few meters away, but then an army sniper shot her father.

He added that Israeli soldiers also stopped Palestinian ambulances and prevented the medics from entering the refugee camp, forcing the residents to transport Jawad and Adham to the Ibn Sina Hospital in private cars, but they succumbed to their wounds. 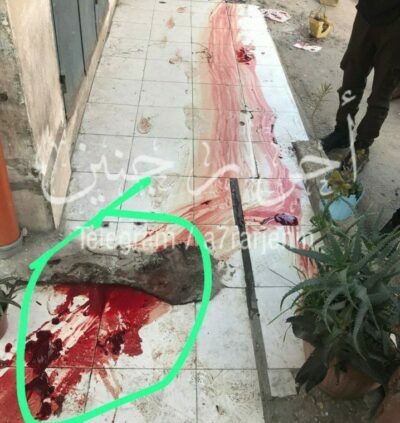 Medical sources said the soldiers injured several Palestinians, including three who were shot with live fire to the abdomen, thigh, and shoulder, suffering moderate-but-stable wounds.

The Palestinian shot in the abdomen was rushed to surgery after a soldier shot him with an expanding bullet, causing multi-organ damage.

Two Israeli soldiers were reportedly injured by an explosive charge hurled at their military vehicle.

After killing the two Palestinians, the soldiers fired many live rounds at the Khalil Suleiman governmental hospital in Jenin.

Dr.Mai Al-Kaila, the Palestinian Health Minister, denounced the Israeli army’s attack on the governmental hospital, especially since many bullets struck inside the children’s ward.

Dr. Al-Kaila said the attack is not the first targeted medical centers, medical workers, and facilities, and called on international legal and human rights groups to intervene and help end these serious violations.

Her statements came after Israeli soldiers fired many live rounds that went through the windows of a children’s ward, the nurses changing room in the same ward, and the pediatricians’ conference room.

Hundreds of Palestinians marched in front of Ibn Sina hospital carrying the corpses of Jabarin and Bawaqna, chanting for ongoing resistance, steadfastness until liberation and independence, and calling for international protection for the Palestinian people.

On Tuesday, Israeli soldiers killed a Palestinian security officer, Hamdi Shaker Abdullah Abu Dayya, 40, at the entrance of the Nabi Younis area in Halhoul town, north of Hebron, in the southern part of the occupied West Bank.

Israeli soldiers killed seventeen Palestinians, including four children, in the first nineteen days of this month/year: