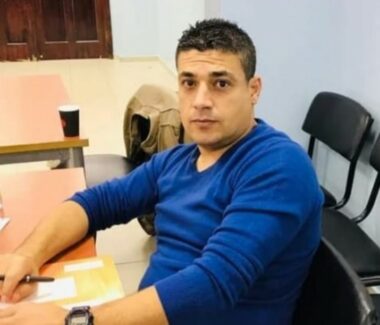 On Tuesday, Israeli soldiers killed a Palestinian security officer at the entrance of the Nabi Younis area in Halhoul town, north of Hebron, in the southern part of the occupied West Bank.

The Palestinian Health Ministry said the Palestinian has been identified as Hamdi Shaker Abdullah Abu Dayya, 40, a former political prisoner and a married father of three children from Halhoul.

The Al-Aqsa Martyrs Brigades, the armed wing of the Fateh Movement, said Hamdi, a police officer with the Palestinian Authority, was one of its members.

The Israeli army claimed the soldiers fatally shot a Palestinian in a car, reportedly after several shots of live fire targeted a military roadblock.

According to Israeli Channel 14, the army is investigating whether the Palestinian was the same person who, two days ago, opened fire at a bus near the illegal Gush Etzion colony.

Palestinian medics rushed to the scene, but the soldiers stopped them and did not allow them to approach the severely bleeding man, who was later declared dead at the scene before the army took his body to an unknown destination.

The invasion led to protests before the soldiers fired live rounds, rubber-coated steel bullets, and gas bombs, causing many Palestinians to suffer the effects of tear gas inhalation.