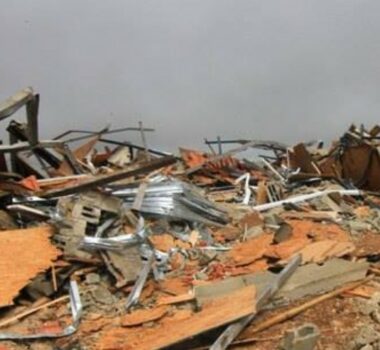 Ahmad Freihat said that Israeli soldiers and officers of the so-called Civil Administration escorted a bulldozer to the village, where the heavy machinery knocked down a 200-square-meter partly-inhabited house belonging to Yahya Abu Qweider, displacing his three-member family.

The soldiers also demolished the wall surrounding the house in addition to a mobile caravan and seized another, all purportedly for being constructed or set up without rarely—granted license.

Located to the east of the al-Ramadin village, ‘Arab Al-Frijat village or community has a population of some 500 people, who mostly depend on agriculture and cattle breeding for livelihood.

Israeli refuses to permit virtually any Palestinian construction in Area C, which constitutes 60 percent of the occupied West Bank and falls under full Israeli military rule, forcing residents to build without obtaining rarely-granted permits to provide shelters for their families.

In contrast, Israel much more easily gives over 800,000 Jewish Israeli settlers building permits and provides them with roads, electricity, water, and sewage systems that remain inaccessible to many neighboring Palestinians.

Soldiers in the oxymoronically named Civil Administration determine where Palestinians may live, where and when they may travel (including to other parts of the occupied territories like Gaza and East Jerusalem), whether they can build or expand homes on their own land, whether they own that land at all, whether an Israeli settler can take over that land among others.