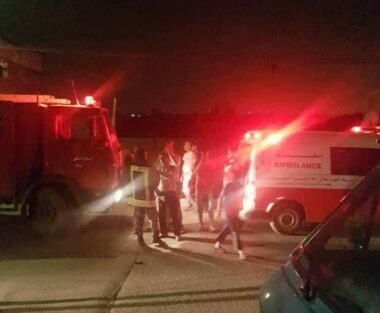 Israeli soldiers injured, Wednesday dawn, many Palestinians during protests that took place after the soldiers invaded Faqqu’a village, west of Jenin, in the northern part of the occupied West Bank.

Medical sources have confirmed that many Palestinians suffered the effects of tear gas inhalation and received the needed treatment.

Furthermore, the soldiers invaded the villages of Taybeh, Aneen, and Toura and initiated extensive military searches.

It is worth mentioning that the army recently started military training near Ya’bad and Aneen and deployed a dozen heavy military vehicles, including tanks and armored bulldozers, and boosted its deployment around various villages and towns.