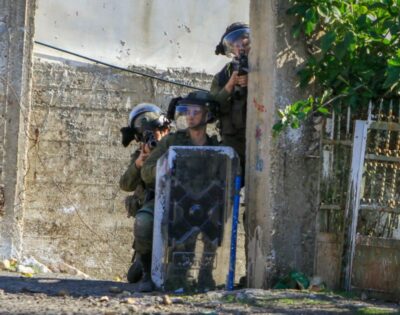 On Friday, Israeli soldiers injured many Palestinians during the weekly procession in Kufur Qaddoum town, east of Qalqilia, in the northern part of the occupied West Bank.

Dozens of Palestinians marched from the center of the town, chanting against the occupation and calling for ongoing resistance until liberation and independence.

The soldiers invaded the town and fired several rubber-coated steel bullets, gas bombs, and concussion grenades at the protesters.

Medical sources said the soldiers shot three young men with rubber-coated steel bullets and caused many to suffer cuts and the effects of tear gas inhalation.