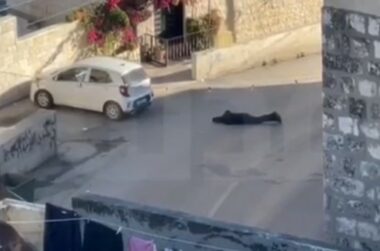 On Friday morning, many armored military vehicles invaded the northern West Bank city of Nablus from several areas, especially the areas around the Old City, leading to protests before the soldiers shot and seriously injured a young man and abducted another from his home.

The Palestinian Red Crescent Society (PRCS) in Nablus said the soldiers shot a young man with live rounds in the head and the chest in the Kroum Ashour area.

The PRCS added that its medics rushed the seriously injured young man to Rafidia governmental hospital before he was immediately admitted to surgery and was later moved to the Intensive Care Unit.

The wounded young man, who was identified as Bara’ Zheiman remains in a critical but stable condition.

The invasion was first conducted by undercover soldiers who surrounded a home in the Kroum Ashour in and started firing live rounds at it before many armored military vehicles invaded the area.

The soldiers then abducted a young man, Ahmad Al-Kharraz, from the home they surrounded and took him to an unknown destination.

The Al-Karraz family said the soldiers stormed their home about 7:45 and ransacking the property while interrogating them before abducting their son. 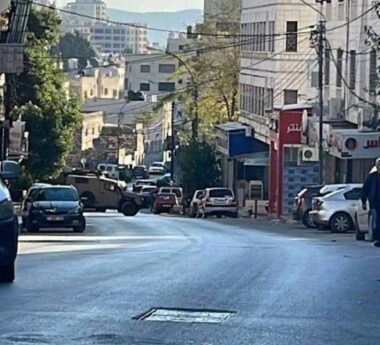 Media sources in Nablus said the invasion was fast and seemingly just aimed at abducting the young man who was taken from his home, especially since the army withdrew from Nablus after taking him prisoner.