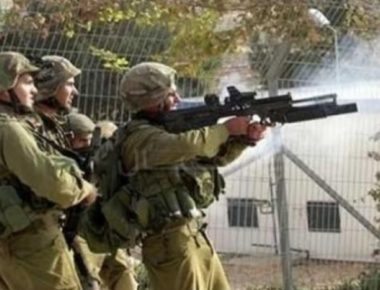 Israeli soldiers injured, Thursday, many Palestinians with rubber-coated steel bullets and gas bombs, during protests that erupted after the army invaded Halhoul town, north of the southern West Bank city of Hebron.

In addition, the soldiers and the colonialist settlers also stormed Hebron’s Commercial area in Bab az-Zawiya.

In related news, the Palestinian Prisoners’ Society (PPS) has reported that the soldiers abducted, on Thursday at dawn, at least twenty-two Palestinians, including children, from their homes, in several parts of the West Bank.