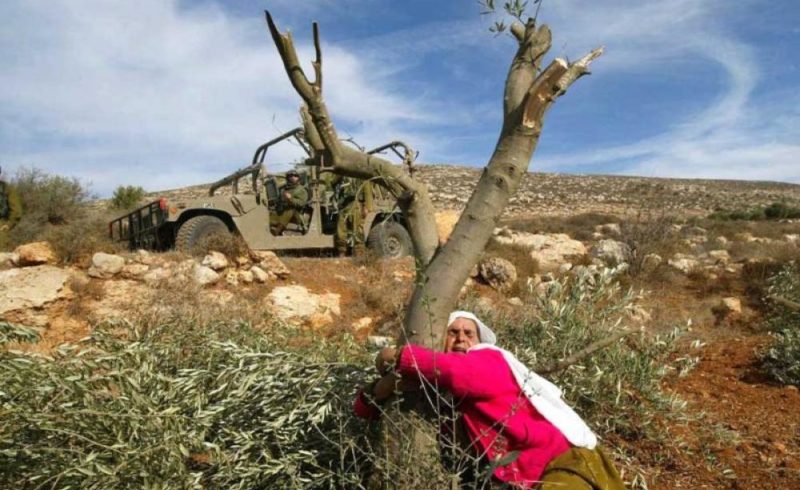 Israeli soldiers, on Wednesday, chopped down scores of Palestinian-owned olive trees in Burqin village, to the west of the occupied West Bank district of Salfit, according to  Marwan Abdul Rahman, head of Burqin village council.

He said that the soldiers destroyed more than 100 olive trees in the Khirbet Qarqash area, located in the northeastern part of the village.

No reason was given for the destruction of the trees, according to Days of Palestine.

He described the structures as a caravan and a shack.

Bsharat also said that soldiers seized a tractor owned by a Palestinian resident of the village of al-Ras al-Ahmar, southeast of Toubas.

Israel is trying to restrict Palestinian presence in the Jordan Valley, particularly after Israeli Prime Minister Benjamin Netanyahu had announced his intention to annex it, if he were to win the Israeli election.