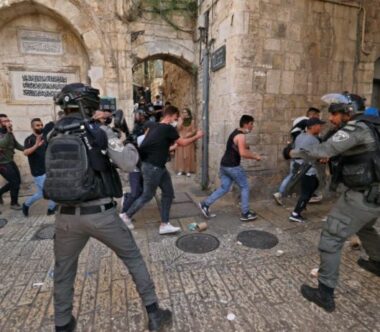 The Palestinian Red Crescent Society (PRCS) has confirmed that its medics provided treatment to at least 305 Palestinians, including seven who suffered serious wounds, and thirteen who were shot in the head, face, and eyes, during the Israeli military invasion into Al-Aqsa Mosque in occupied Jerusalem. The invasion also led to excessive damage and a fire in the al-Qibli mosque in the Al-Aqsa compound.

The PRCS said the soldiers obstructed the work of its medics, in addition to assaulting and injuring many of them, and shot a medic, identified as Ahmad Dweikat, from Nablus, with a rubber-coated steel bullet under his eye while he was helping injured Palestinians in Al-Aqsa.

The PRCS added that the soldiers deliberately targeted its medics with gas bombs and rubber-coated steel bullets in the mosque and its surrounding areas.

The Islamic Waqf Department strongly denounced the Israeli invasion and serious violations, causing considerable damage to the holy site, in addition to attacking medics and preventing from moving wounded worshipers to hospitals and medical centers.

It is worth mentioning that a fire broke out in the al-Qibli mosque after the soldiers shot a barrage of gas bombs and concussion grenades into it, to force the Palestinians out.

The soldiers also assaulted many Palestinians in the al-Asbat gate while they were leaving Al-Aqsa, and others who were trying to enter it. 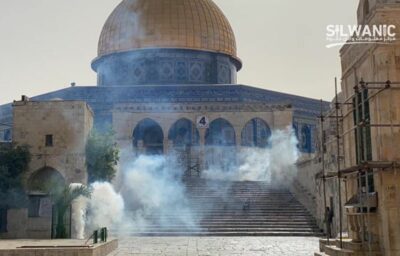 Israeli soldiers invaded, on Monday morning, the courtyards of the Al-Aqsa Mosque, in occupied Jerusalem, and attacked hundreds of Palestinian worshipers, injuring more than 180, including medics, children, and women; one of the wounded is in a profoundly serious condition. The army was trying to remove the Palestinians to allow groups of colonialist settlers to tour into the courtyards of the holy site.

The soldiers attacked the Palestinians with a barrage of rubber-coated steel bullets, gas bombs, and concussion grenades, in addition to assaulting and beating many worshippers.

The Palestinian Red Crescent Society (PRCS) has reported that the soldiers injured more than 180 Palestinians, including many women, children, and elderly, and added that at least 80 of the injured were moved to the field clinic, in addition to the al-Makassed and the French hospital.

Many of the wounded suffered moderate injuries, and one was seriously wounded and is currently hooked to a respiratory machine. 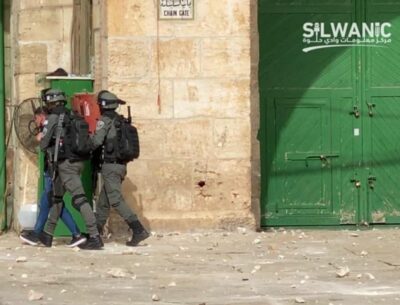 The PRCS stated that many of the wounded are its medics, in addition to medics working in al-Aqsa, and added that the soldiers prevented dozens of medics from entering the courtyards of the holy site to provide the needed treatment to the injured.

Furthermore, the soldiers assaulted and injured several Palestinian journalists in the courtyards of the holy site; some of them have been identified as Lua’ Abu Rmeila, Aseed Amarna, Rami Khatib, and Mohammad Sumreen.

Eyewitnesses said dozens of soldiers attacked the Palestinians in Bab Hotta and Bab al-Asbat, before storming the courtyards of the Al-Aqsa Mosque compound, and started firing the gas bombs, concussion grenades, and rubber-coated steel bullets, in addition to clubbing many Palestinians while trying to force them out. 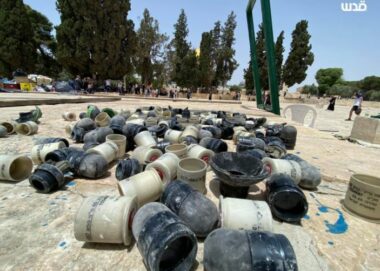 They added that the soldiers detained and abducted dozens of Palestinians at the gates of the holy site after the army forced them out.

Furthermore, the soldiers invaded the al-Qibli mosque, in the Al-Aqsa compound, and assaulted dozens of Palestinians while forcing them out.

The soldiers also stormed the Al-Aqsa Mosque clinic, assaulted wounded Palestinians and medics, before emptying the clinic and welding its main door shut. 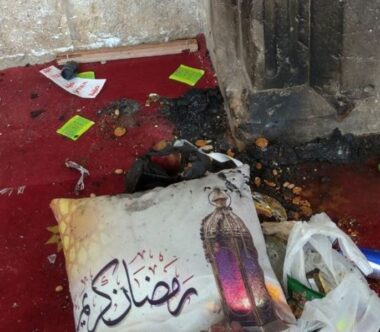 The army attacked the Palestinians to force them out of the mosque and its surrounding areas to allow dozens of colonialist settlers to conducted provocative tours into its courtyards.

The soldiers also abducted some of the wounded Palestinians while the medics were trying to rush them to hospitals and medical centers in East Jerusalem.

It is worth mentioning that, while the soldiers were assaulting, wounding, and abducting dozens of Palestinians, the colonialist settlers gathered nearby while singing and chanting, preparing for their provocative tour. 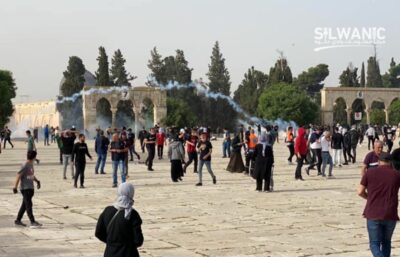 On his part, the Mufti of Jerusalem, Sheikh Mohammad Hussein, strongly denounced the Israeli offensive on Al-Aqsa and the worshipers and described it as a “premeditated crime.”

Sheikh Omar al-Kiswani, the director of the Al-Aqsa Mosque, also denounced the violation and stated that the assault on the unarmed worshipers is “nothing short of barbaric,” especially after the soldiers invaded its various mosques, clinics, offices and ransacked them, in addition to occupying the rooftops in an act of desecration to the holy site.

In related news, an Israeli colonialist settler rammed his car into a group of Palestinians, before crashing, near Bab al-Asbat, in Jerusalem, causing several injuries. 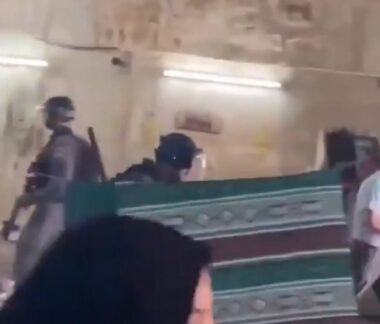 It is worth mentioning that the soldiers surrounded and isolated the Old city of Jerusalem, and closed all roads around the Old City, to allow the colonists to conduct their provocative tours into al-Aqsa.

The soldiers also forced all Palestinian stores to close, in addition to stopping and interrogating dozens of Palestinians while inspecting their ID cards.