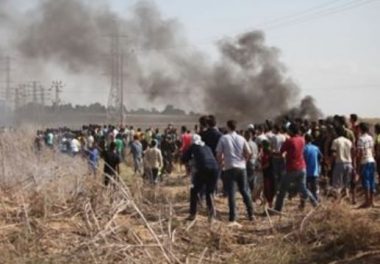 Dr. Ashraf al-Qedra, the spokesperson of the Health Ministry in Gaza, said the soldiers shot three young men with live rounds, east of Jabalia, in the northern part of the coastal region.

He added that the soldiers also shot three Palestinians with live rounds, east of Khan Younis, in the southern part of the Gaza Strip.

In addition, the soldiers, stationed in Nahal Oz military base across the border fence, fired many live rounds and gas bombs at protesters, east of Gaza city, wounding three with live fire, and causing dozens to suffer the effects of teargas inhalation.