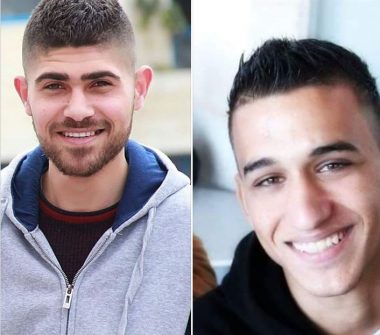 Dozens of Israeli soldiers invaded, on Thursday at dawn, the Deheishe refugee camp, south of the West Bank city of Bethlehem, shot one Palestinian and abducted two others, in addition to abducting another Palestinian in Marah Rabah village, also south of Bethlehem.

One Palestinian was shot with a live round in his leg, and many others suffered the effects of teargas inhalation.

Furthermore, the soldiers invaded Marah Rabah village, searched homes and abducted Zeid Ahmad Sheikh, 22, in addition to summoning his father for interrogation in Etzion military base and security center, south of Bethlehem.