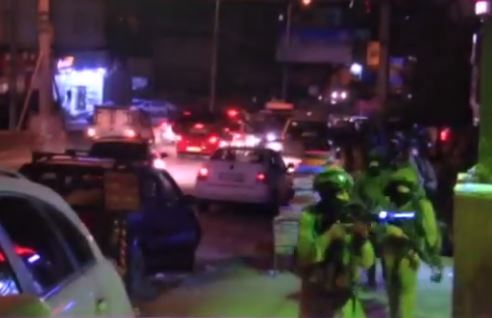 Israeli soldiers shot and injured at least four Palestinians in the ongoing military invasion into the Qalandia refugee camp, north of occupied Jerusalem, after dozens of Israeli army vehicles invaded it, and demolished homes of two slain Palestinians.

Dozens of army vehicles and jeeps invaded the refugee camp, and demolished the two Palestinian homes after forcing their families, and all families living near them, to leave their properties.

The demolished homes belong to the families of Anan Abu Habsa and Issa Assaf, who were killed on December 24, 2015, after carrying out a stabbing attack in Jerusalem.

The Palestinian Red Crescent said the soldiers shot four Palestinians with live fire, and that one of them suffered a serious gunshot wound in his back, during clashes that took place after the soldiers invaded the camp, and demolished the two homes.

It added that the soldiers prevented its ambulances from entering the refugee camp, and fired several gas bombs at the ambulances and medics, as they were trying to reach wounded Palestinians.

The Red Crescent also said it received phone calls about additional injuries in the al-Kassarat area of the refugee camp, but the soldiers are not allowing them through.

The Qalandia Media Center said the invasion was carried out by at least 1000 soldiers, after the army completely surrounded the camp, and that the army exchanged fire with armed resistance fighters.

The extended military invasion into the refugee camp was carried out after residents of the camp realized that undercover Israeli soldiers infiltrated into it, driving cars with Palestinian license plates, and hurled stones of the soldiers before dozens of army vehicles advanced into camp.

The army imposed a strict siege on the camp, and closed all of its main roads, preventing the Palestinians from entering or leaving it.

The soldiers also shot and destroyed street lights, while many soldiers occupied rooftops before using them to fire on the protesters.

In addition, the army deployed surveillance balloons to monitor the Palestinians during the invasion. 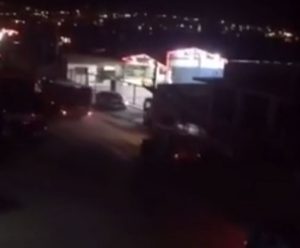 Local sources in the camp said the soldiers invaded it from various directions and headed towards the homes of Anan Abu Habsa and Issa Assaf, who were killed on December 24, 2015, after carrying out a stabbing attack in Jerusalem.

The army used megaphones ordering all residents living near the homes of the two slain Palestinians to leave, as the soldiers prepare to demolish the family homes of Assaf and Abu Habsa.

The invasion led to clashes in the refugee camp; the soldiers fired many rounds of live ammunition, gas bombs, concussion grenades and rubber-coated steel bullets.

Medical sources said one Palestinian was injured with a live Israeli army round, and that Red Crescent medics are trying to reach him, but the soldiers stopped their ambulance and prevented them from even walking to him.