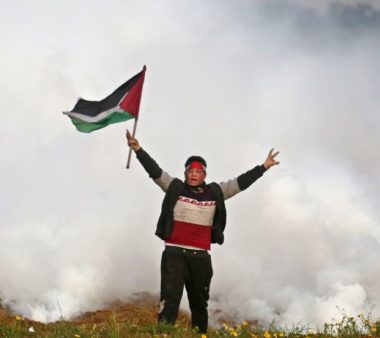 Medical sources in Gaza said the soldiers shot seventeen Palestinians with live fire and caused dozens to suffer the effects of teargas inhalation.

They added that three of the wounded are medics, who were providing the needed medical aid to the in injured residents.

Thousands of Palestinians participated in the processions along the perimeter fence, in the eastern parts of the Gaza Strip.