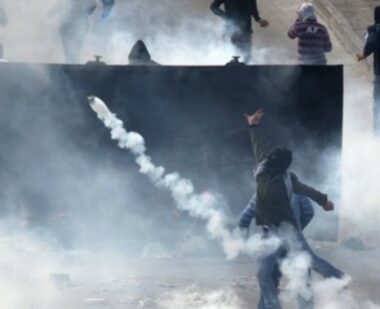 They added that several Palestinians suffered the effects of tear gas inhalation, especially when the army fired gas bombs at homes in the villages.

The invasions and protests mainly took place near the illegal Annexation Wall separating the two villages.

In related news, the soldiers abducted a young man, during protests that took place near Bab al-Amoud, in occupied Jerusalem, in addition to attacking many other Palestinians.