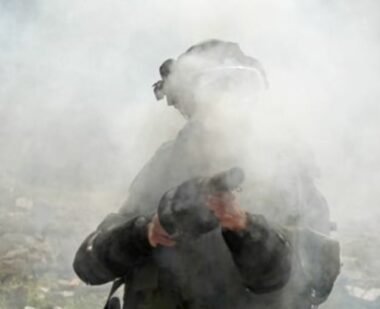 Israeli soldiers invaded, on Sunday at dawn, several areas in Jenin governorate, in northern West Bank, shot one Palestinian and caused many to suffer the effects of tear gas inhalation.

Medical sources said the soldiers shot a young man with a rubber-coated steel bullet in Sielet ath-Thaher, south of Jenin, and caused several others to suffer the effects of tear gas inhalation.

In related news, the army used a drone to fire many gas bombs and Palestinians near the al-Jalama military roadblock, north of Jenin.