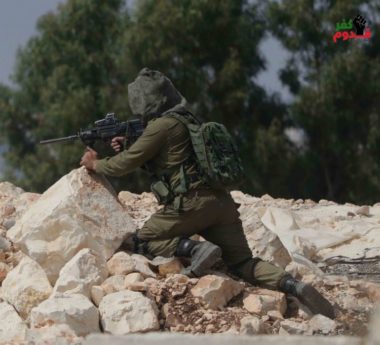 Israeli soldiers attacked, Friday, the weekly procession against the illegal Annexation Wall and Colonies, in Kufur Qaddoum village, east of the northern West Bank city of Qalqilia, causing many injuries.

The Popular Committee in Kufur Qaddoum said the Palestinians, accompanied by international peace activists, marched from the center of the village, heading towards the village’s main road, which has been blockaded for the last sixteen years.

It added that the soldiers attacked the protesters immediately after they started marching in their village, an fired many gas bombs, concussion grenades, and rubber-coated steel bullets at them.

Medical sources said dozens suffered the effects of teargas inhalation, and others suffered cuts and bruises, before receiving treatment at the local clinic.

The soldiers also tried to ambush and abducted the protesters by hiding behind trees, or around homes and their yards.