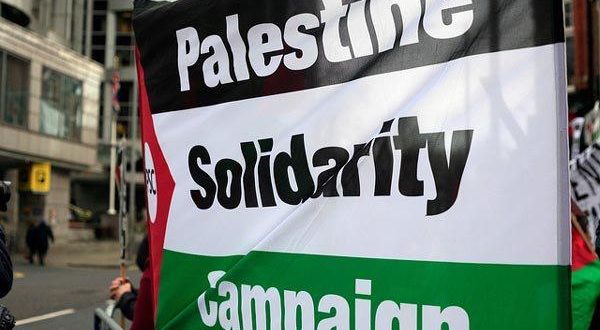 The Palestine Solidarity Campaign (PSC) has condemned Israeli Prime Minister Benjamin Netanyahu’s vow to annex large parts of the occupied West Bank, and is calling on the UK Government to hold Israel to account for its ongoing violations of international law.

The comments were made just a week before fresh elections take place in Israel, as Netanyahu cited “maximum coordination with [US president Donald] Trump” as a key factor in the move towards annexation.

This proposed move follows a series of acts, by the Netanyahu government, that has attacked the collective rights of the Palestinian people; whether those living under military occupation or as citizens of the state of Israel.

Earlier this year, when Netanyahu ran for re-election and subsequently failed to form a government in the Knesset, he publicly reasserted his belief that that Israel “is not a state of all its citizens.” Whilst Palestinian citizens of Israel are allowed to vote in the upcoming elections, the “Nation State Law,” passed in 2018, enshrines discrimination against them in its constitution. Since 1948, Israel has passed over 60 laws which discriminate against Palestinian citizens of Israel in housing, welfare provision, education, public works and building permission.

The move to annex large parts of the occupied West Bank seeks to entrench the de facto sovereignty which Israel is exercising, over the 2.8 million Palestinians who live in the West Bank under Israeli military control, denying them basic human rights. None of these Palestinians have voting rights within Israeli elections; nor do the millions of Palestinians refugees who have been forcibly expelled from their homes since 1948.

Campaigners say that this pledge is yet more evidence that Benjamin Netanyahu will continue to violate international law without fear of consequences, and that the global community has an obligation to hold Israel to account for these crimes. They also stress that this proposed annexation will remove the possibility of a viable Palestinian state, leaving any potential state having no border with any other state than Israel.

PSC has reaffirmed its call for fundamental change in Israel, stressing that all candidates for Prime Minister in the upcoming elections have demonstrated commitment to ongoing military occupation and apartheid, the Palestine News Network reports.

Ben Jamal, Director of Palestine Solidarity Campaign, said: “This pledge is not only a stark reminder of the Israeli government’s staunch commitment to stripping Palestinians of their rights and their homeland, but it also highlights that the fundamental issues with the Israeli state run far deeper than one politician or government. Netanyahu is making this pledge because he is confident that it will win him votes at next week’s elections. There is no meaningful pressure for change coming from within Israel, and so pressure needs to be exerted externally. It is incumbent upon the UK government, which continues to repeat the mantra of its support for a two-state solution, to accept the reality that these steps remove the possibility of a Palestinian state. Actions not words are required – PSC reaffirms its call for an immediate ban on the import of settlement goods and an end to the arms trade with Israel, and calls upon UK civil society to continue applying pressure on all companies complicit in Israel’s human rights abuses.”