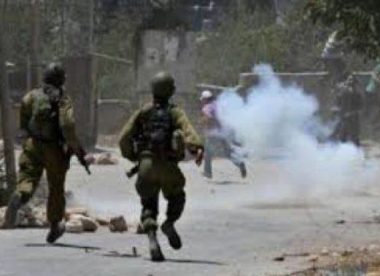 Mohammad Azem, the mayor of Sebastia, told the WAFA Palestinian News & Info Agency, that the several army jeeps invaded the town, and attacked many Palestinians, who protested the incursion.

He added that several Palestinians suffered the effects of teargas inhalation, and received the needed treatment by local medics.

The soldiers also forced store owners in the archeological area to close, and to leave.

In related news, the soldiers invaded Tammoun town, south of Tubas in northeastern West Bank, and caused many Palestinians to suffer the effects of teargas inhalation during ensuing protests.