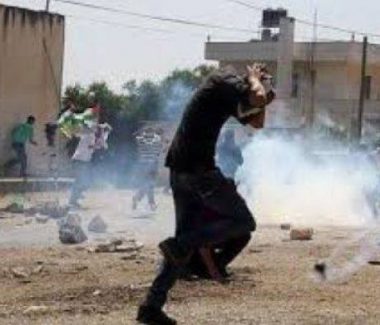 Israeli soldiers invaded, on Tuesday evening, Tammoun town, south of Tubas in northeastern West Bank, and caused many Palestinians to suffer the effects of teargas inhalation during ensuing protests.

Media sources in Tubas said the invasion took place in an area near Tammoun junction.

They added that the soldiers fired many gas bombs and concussion grenades at the protesters, causing many to suffer the effects of teargas inhalation.

The soldiers also caused fire in Palestinian lands in the area, due to the excessive firing of gas bombs and concussion grenades.

Palestinian firefighters rushed to the area, and managed to control the fire before it spread further.