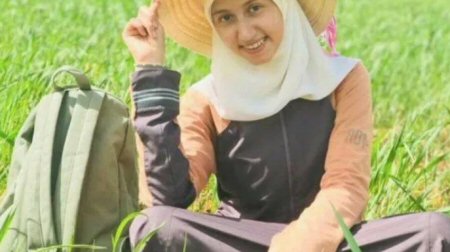 Palestinian student Ola Marshoud, 21, from the Balata refugee camp in Nablus, was sentenced to seven months in Israeli prison by the Salem military court on Monday, 30 July, for her involvement in student activism on the An-Najah University campus. Marshoud has been detained since March, when she was summoned to interrogation at the military base near Huwwara. When she arrived, she was transferred the interrogation center at Petah Tikva.

She was accused in the military court of involvement in student organizing at An-Najah University. Active Palestinians involved in the student movement are repeatedly targeted for Israeli arrest, imprisonment and persecution, including Omar Kiswani, the student body president at Bir Zeit University. Statistics indicate that there are over 300 Palestinian university students imprisoned in Israeli jails.

This policy of colonial military repression of student activism is continuing; in the pre-dawn hours of Monday, 30 July, a number of families in al-Khalil reported that armed occupation forces posted notices on the walls of the area, particularly the homes of female students, threatening them against participating in student elections and activism with the Islamic Bloc on their campuses. Several young women’s family homes were raided and letters presented to their parents by occupation soldiers accusing them of participating in “illegal activities” through student activism.

One such letter, directed at students’ parents from Israeli occupation intelligence, said: “If you get this message, it means that you are the parents of one of the activists of the Islamic bloc, which is an illegal activity. We alert you that any such involvement may lead to the arrest of your daughter, damaging her academic life and future, wasting your money and causing concern and indignation in the hearts of your family. We turn to you to follow up on the activities of your daughter and lead her away from such actions. You have been warned of the consequences.”