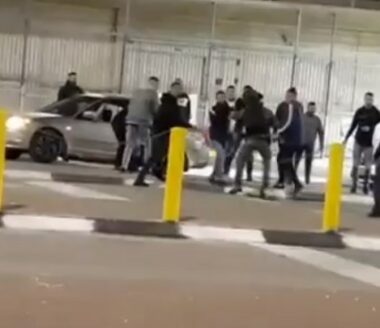 Israeli soldiers injured two Palestinians on Friday night and abducted two, including one of the wounded, in Abu Dis and Shu’fat, in occupied Jerusalem.

Eyewitnesses said the soldiers invaded the Abu Dies, town, east of Jerusalem, leading to protests, before shooting a young man with live ammunition and abducting him.

In addition, the soldiers assaulted a young Palestinian, Hashem Riyad Thiab, and maced him after stopping him at the military roadblock near Shu’fat, north of Jerusalem.

The soldiers also abducted a young man, attacked several others who tried to render first aid to the wounded Palestinian and forced them to leave the area.