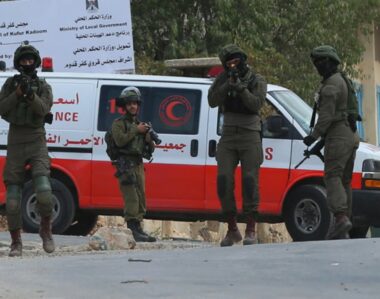 They added that the soldiers repeatedly assaulted two young men, causing various lacerations and bruises, before Palestinian medics rushed them to a hospital in Nablus city.

During the violent searches of homes, the soldiers abducted Hisham Hamed Awwad, 22, and Nasser Khamis Abdullah, the son of Khamis, whom Israeli soldiers killed in 2010.