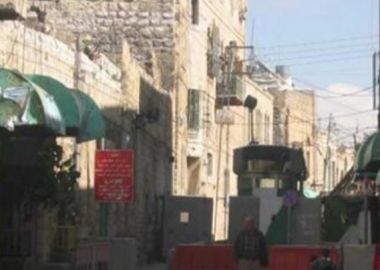 Israeli soldiers installed, on Tuesday evening, an electronic military gate and a watchtower at the entrance of Tal Romeida neighborhood, in the center of Hebron city, in the southern part of the occupied West Bank.

The new watchtower and electronic gate overlook the southern area of Tal Romeida, linking it with Jabal ar-Rahma, in the heart of Hebron city.

Hajj Abdul-Majeed Khatib Tamimi, the head of Ibrahim Al-Khaleil Charitable Society, said the new watchtower will grant the military a clear view of most of the neighborhoods in the city, especially since Jabal ar-Rahma mountain and Tal Romeida are in elevated areas that overlook Hebron and its markets.

He called on local, national and international groups to intervene and end the escalating Israeli violations in Hebron, including the ongoing attacks by colonist settlers who aim at removing the Palestinians from their city and lands.